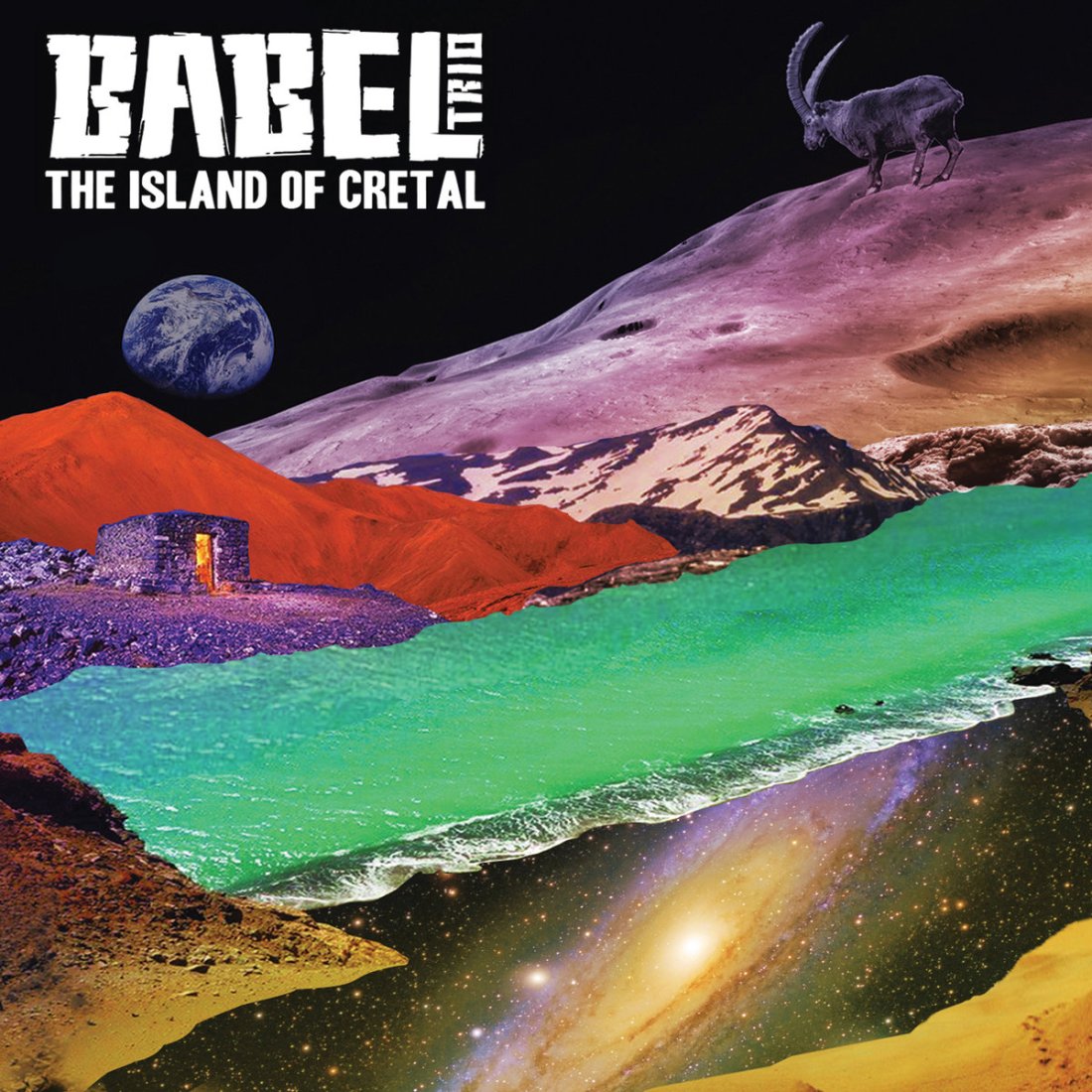 Greece punches above its weight in regard to its metal scene. It’s no Finland or Norway, but for a rather small, sunny, non-Scandinavian country, its metal output is prolific and influential. Most of this tends to be in the form of black metal, with the scene-at-large’s sound being dubbed Hellenic Black Metal. Babel Trio produce music which, to my ears at least, sounds a bit more geographically-appropriate than black metal, which often is associated with cold, grim, wintry imagery.

Babel Trio is a Cretan band who play a brand of proggy, fuzzy, and distinctly-Greek metal. The Aegean is not necessarily a new location for heavy psychedelia to be fused with local folk traditions. Turkey’s been doing it since the 1970s. But where Turkey’s Anatolian rock is a celebrated niche genre, Greece’s folk traditions have remained largely absent from the world of rock music. Babel Trio aim to counteract that by infusing fuzzed-out metal with Cretan traditions and progressive ambition. The overall timbre of The Island of Cretal is evocative of many stoner metal bands from the US, but the melodies are unmistakably Grecian. Folk tunes are reinterpreted as complex, rolling riffs that help the band stand out.

The opening “Liar World” is one of the slower songs on the album. It’s powered along by a jaggedly descending guitar line, and plaintive vocals add a sense of drama to the song. The decision to sing in their native Greek is another distinguishing feature of the band. Of the half-dozen or so Greek rock and metal acts I’ve got in my collection, these guys are the first to not sing in English.

Where “Liar World” had a somber, earthy feel, the opening notes of “Aivali” feel much more cosmic. The guitars retain a tinge of folk flavor, but it’s the vocals on this track that lend the most Hellenic quality, almost evoking Orthodox religious chants at moments.

The Island of Cretal’s second half is altogether higher-energy than its first. “Song for a Solitary Bird” is a charging rocker and the most straightforward song on the album. The instrumental “Dervish Dance” is built around an arpeggiated riff. The drumming keeps the song moving forward during its droning bridge with motorik-like insistence, though the style is distinct from the motorik as used in krautrock.

The closing “Xenos” is built around a set of engaging riffs that aptly build tension between verses. Many of these passages feature rapid runs up and down scales, giving hints of “Misirlou”, which began its life as a Greek folk song before Dick Dale made it famous. This song’s verses have a menacing aura that would have fit in just fine on an early Black Sabbath album. The contrast between those slow verses and the blistering riffs help to keep the tension high.

The Island of Cretal is a fantastic album. It’s no secret that I love when rock and metal acts can aptly integrate folk traditions into their music, but such an integration can be difficult to do without coming off as corny or gimmicky. (I’m looking at you, most Scandinavian folk metal bands.) The mixture of fuzzed-out, heavy psych and Greek traditions feels amazingly natural, and I’m eagerly awaiting what these guys do next.

3 thoughts on “Album Review: Babel Trio – The Island of Cretal”