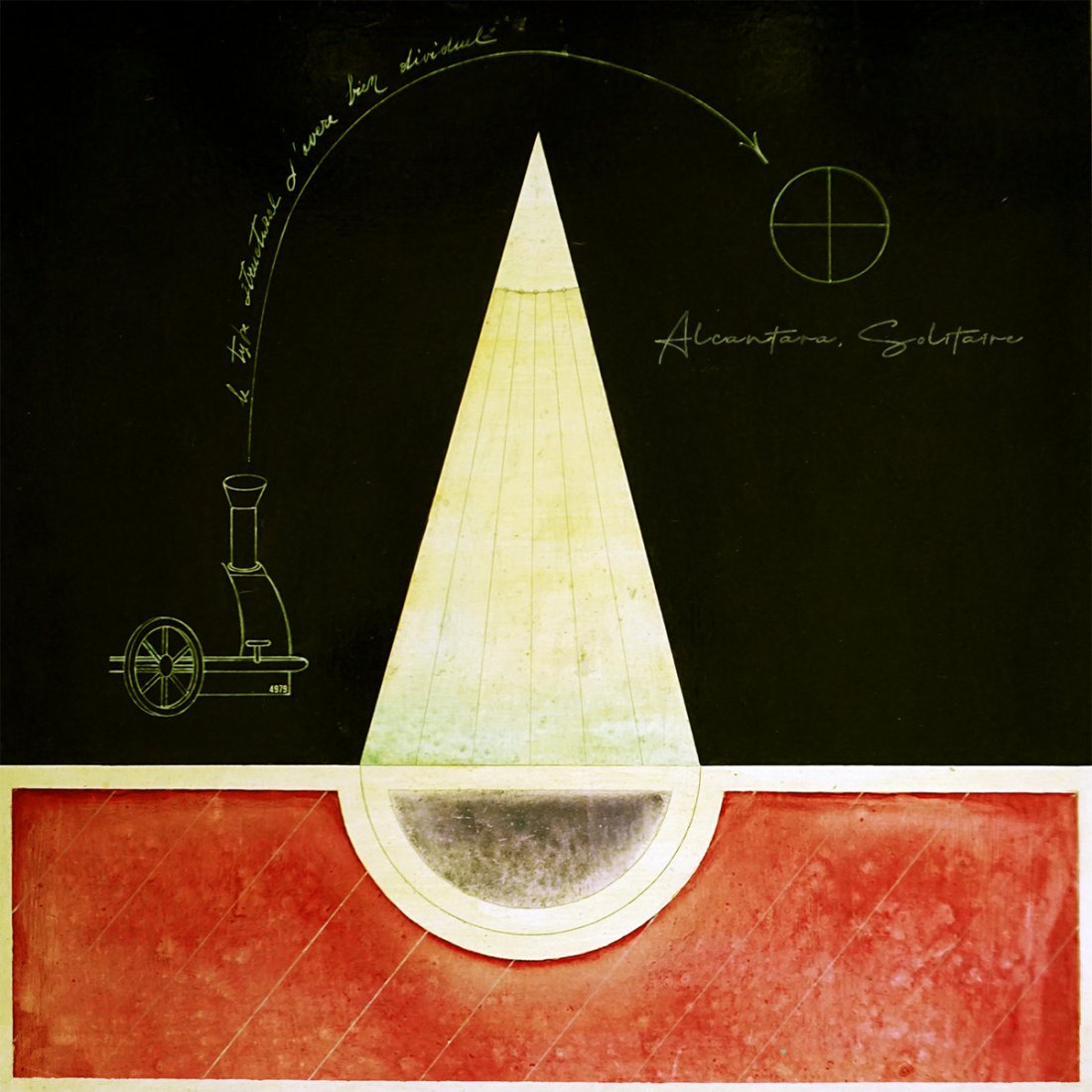 Pink Floyd is one of those bands with no shortage of imitators and near-clones. Less-blatant aping and influence are nearly inescapable in modern psychedelia and prog. Pink Floyd had many distinct sounds throughout their career, though, giving modern acts plenty of material to draw inspiration from. Alcànatara—a quintet hailing from Italy—is one of those acts that doesn’t try to hide their Floydian roots.

I tried to think of other acts to list in the “For fans of” section of the review header, but this band draws from late-70s Floyd so clearly, I couldn’t think of a more apt recommendation. This is not to call the music here derivative or unoriginal, though. Pink Floyd is a heavy, heavy influence, but I’d never mistake any of these recordings as some discarded track from The Wall’s recording sessions.

“Treefingers” opens the album in a slow-building fashion. The sparse percussion and stretched-out guitar lines of the first few minutes eventually give way to a big, Gilmouresque solo in the song’s closing minute. In contrast, “Logan” has a more immediate intro. Rich organ tones and vaguely bluesy guitar licks are the focus on this track. The bridge of this composition switches things up in a refreshing manner that draws in some of the melodic tools of indie rock.

Alcàntara dial up the drama on “Bad Bones”, where they channel the better moments of The Wall. It’s slow-moving and weighty, and the second half features some interesting interplay between the bassist and drummer. Unfortunately, “After the Flood” follows this by opening with some of The Wall’s monotony and torpidity. This song is full of obvious homages to the elements of latter-Waters-era Pink Floyd I’m unenthusiastic about; it’s plodding, overwrought, and doesn’t say or do anything particularly interesting. The weaknesses of The Wall are also covered in “The Resistance”, which takes the atmosphere of that album’s unspectacular interlude tracks but stretches them out to three minutes.

This record’s title track is a brief instrumental which evokes Opeth’s best gentle moments and acts as a fitting prelude to the slow, jazz-tinged “Faith”. “Faith” features one of the most natural, satisfying build-ups on the record as it gradually escalates into something quite foreboding. The lyrics are trite, but that’s forgivable.

The album-closing “Seasons” features another slow build, though it really takes its time to get going. In isolation, that’s not much of an issue, but almost every song on Solitaire opens this way. By the midpoint of this song, it’s gotten going into an engaging groove with a good guitar solo, though the fadeout is overlong.

Solitaire is an enjoyable record, if a bit too blatantly inspired by The Wall. Alcàntara have room to grow, especially in regard to how they structure their songs. Almost every song starts slow before building to a David Gilmour-style guitar solo, and that structure got predictable and tedious by the album’s end. If you’re a bigger fan of The Wall or Roger Waters’s solo career than I am, this record should be right up your alley. And even if you share my reservations, I’d recommend giving Solitaire a chance.