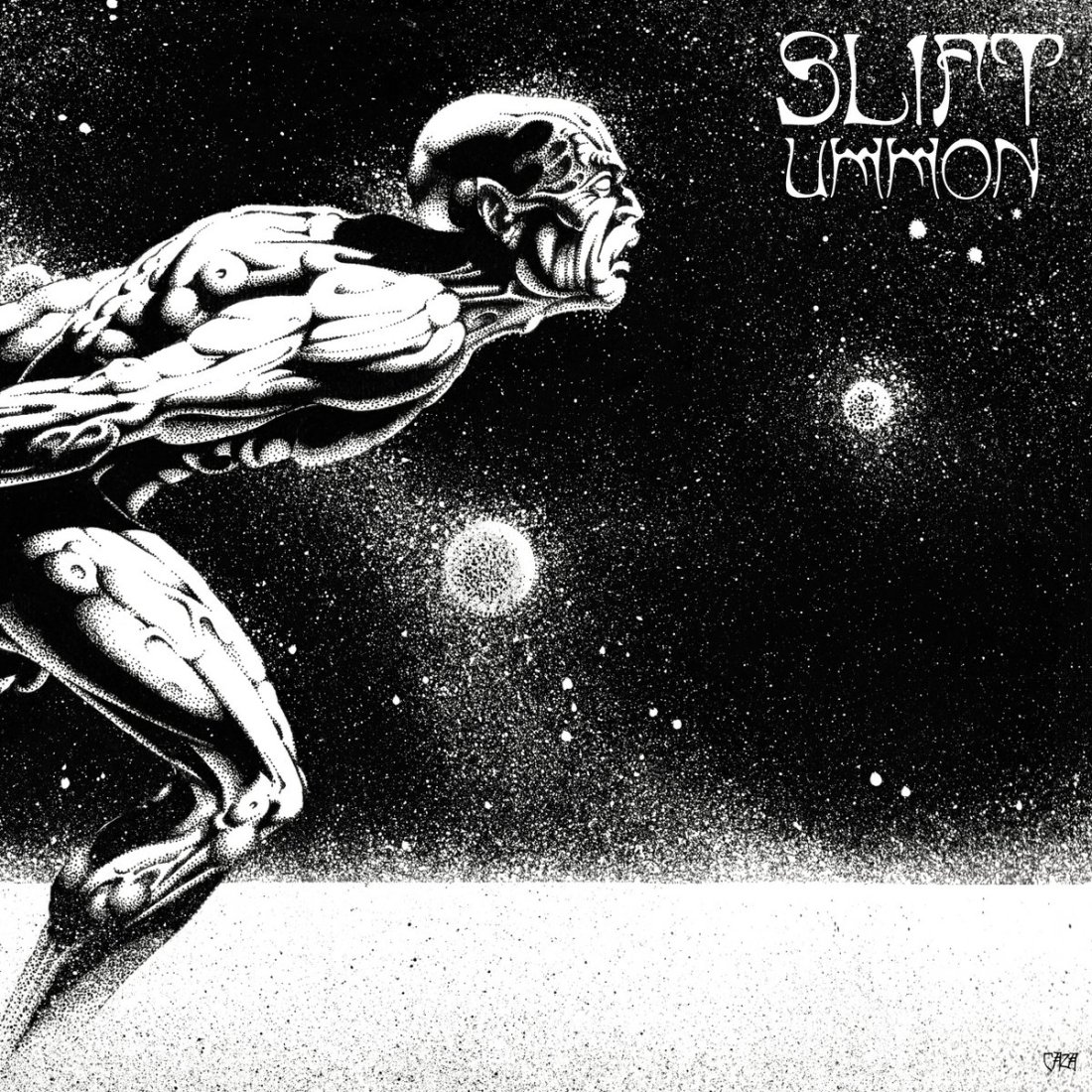 Slift are a French trio who combine the ethos and aesthetic trappings of garage rock with cosmic atmosphere and mantra-like repetition. I was introduced to them via their 2018 album, La Planète Inexplorée. That album was great, and Ummon took everything I loved about it and cranked it up even harder.

Ummon is not a record for the faint of heart. It’s 72 minutes of garage-kraut-doom (or maybe doom-garage-kraut) with barely any breathing room. Huge, abrasive walls of guitar dominate this record, while chaotic bursts of noise pummel the listener. The band members themselves give fair warning on how key repetition is to this album’s sound on their Bandcamp page (or, as they phrase it, “r r e e p p e e t t i i t t i i o o n n”). With all this in mind, if you’re willing to give it a shot, this album is highly rewarding.

The title track opens with an echoing guitar line over building bass and drums before launching into the main riff. These destructive, metallic blasts give way to a verse which is more menacing than outright aggressive, and the clear backing vocals are deployed as an excellent counterweight to the hoarse lead vocals.

The third track, “Thousand Helmets of Gold” is one of the most straightforward pieces on the album. The vocal melody is engaging, and the riffage between verses twists and squeals in exciting ways. Synthesizers are deployed to great effect; the lush textures contrast with the grittiness of everything else.

“Citadel on a Satellite” begins with the most overtly doom metal-inspired riff yet, but that quickly dissolves into slightly-askew space-jazz. The intensity does build up again, and it’s not long before the listener encounters some of the craziest rhythms yet. Cascading guitar arpeggios pair alongside tumbling drums and biting bass. (In fact, the bass work is out of this world on all of Ummon.) The last four minutes of the song give the listener a bit of respite as a wiggly synth line winds the song down over a quiet backing track.

The band’s more melodic garage rock roots show up in the vocals on “Hyperion”. “Altitude Lake” is the rare example of a song starting off slow, rather than bursting out of the gates, only to pump the brakes midway through. That’s not to call it an idyll, though, as Slift’s signature walls of distortion do of course show up.

“Sonar” is a song where the title perfectly matches the music. Everything is drenched in echo and reverb. The main riff consists of a big “pulse” of distorted guitar, followed by an “echo” of gentler noodling. The  prominent ride cymbal, combines with the jazzy bass work to make this one of the most distinct songs on the album. That jazziness continues on “Dark Was Space, Cold Were the Stars”. That song’s outro is one of the most overtly-proggy moments on the album, with its synth part transitioning into a majestic, clean-guitar-centric piece.

Ummon ends on “Lions, Tigers and Bears”, a 13-minute monster. Slift’s noise influences are apparent in its opening minutes, with the guitar often devolving into a screeching squall of distortion. The verses draw heavy influence from punk and sludge metal, but much of the riffing is technical and melodic. The band’s penchant for repetition is most clearly displayed here. The motorik backbone of the song’s middle is at first a canvas for guitar experiments and then, later, synth excursions. The song’s conclusion blends prog weirdness with massive, ominous doom metal riffs.

On Ummon, Slift have harnessed the menace of doom metal, the energy of garage rock, the hypnotic repetition of krautrock, and the general strangeness of prog. They put those elements together in an impressive and intense package. This album is demanding, but it is worth your time and energy.