Guranfoe are an instrumental act who draw heavy inspiration from the ‘70s prog giants, most notably Genesis and Camel. They’re good at keeping the momentum up on this album, and the songs are chock-full of neat little flourishes and some great solos. Folk and jazz touches are deployed to great effect. However, as with many instrumental albums I cover, most of these songs feel too long, and some of the extended solos, in particular, leave me looking at my watch. If the band were to tighten up the songs a bit, I think they could put out a really great album.

Antony Kalugin is an incredibly prolific Ukrainian composer and multi-instrumentalist, and Karfagen is one of his myriad projects. Birds of Passage is Karfagen’s 11th album in 14 years, and most of it is focused on the 44-minute title track. It’s mostly bright, sunny prog in the style of acts like Spock’s Beard and Moon Safari. Organ and synthesizer dominate on the first half, while the second half reduces the bombast (initially, at least). It can feel long-winded at times, but the songs have enough distinct movements that that’s only an infrequent issue. If you’re a fan of the 21st Century brand of symphonic prog, definitely check this album out. 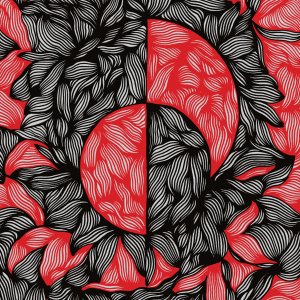 Medium, the third full-length album from French band Mantra, is comprised of just two epic songs: “Body” and “Mind”. “Body” builds in intensity gradually. When it eventually explodes into full metallic fury, the riffs Mantra deploy are highly reminiscent of bands like Tool and Gojira. “Mind” follows a similar pattern, though it’s a bit more melodic and meditative. Themes from “Body” are revisited, giving the album a strong sense of thematic continuity.

Dark Passenger is on the jazzier end of the prog spectrum. It’s rooted enough in rock music that I hesitate to label it as jazz-fusion, but jazz flavors are thoroughly mixed in. The four instrumental tracks are high-energy and full of Patrick Moraz-esque synthesizer and piano tones, while the two tracks with vocals are somewhat mellower. The soloing comes off as purposeful, and the song structures are dynamic, fluid, and focused. 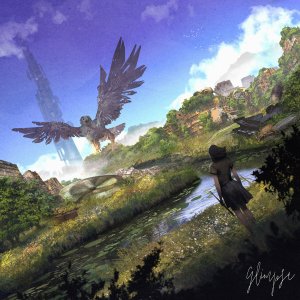 Glimpse is the full-length debut of New York-based guitarist Kenta Shimakawa, and it shows two very different sides of his composing. Much of the album is quite gentle, full of smooth sax, wordless vocals that remind me of Koenji Hyakkei, and light, but skilled drumming. On the flip side, these elements are frequently contrasted against heavy, djenty riffs and impressive, technical guitar solos. These two competing sides get roughly equal time on this album, and the combination is surprisingly harmonious. At only 36 minutes long, it makes its point, makes an impression, and does not overstay its welcome.

Vuoksa are an instrumental Russian duo who play a cosmic strand of metal that straddles the line between stoner and post-metal. Their debut EP, Mp.Al.St., consists of three songs: “Mp.”, “Al.”, and “St.”. The two members show good instincts for when to switch between heavy and spacey moments, and all three songs contain some pretty creative riffs. However, there’s nothing particularly distinct about their music, and each song could have been trimmed down by a minute or so. Nonetheless, if you’re a fan of this sort of heavy space rock, give it a go!