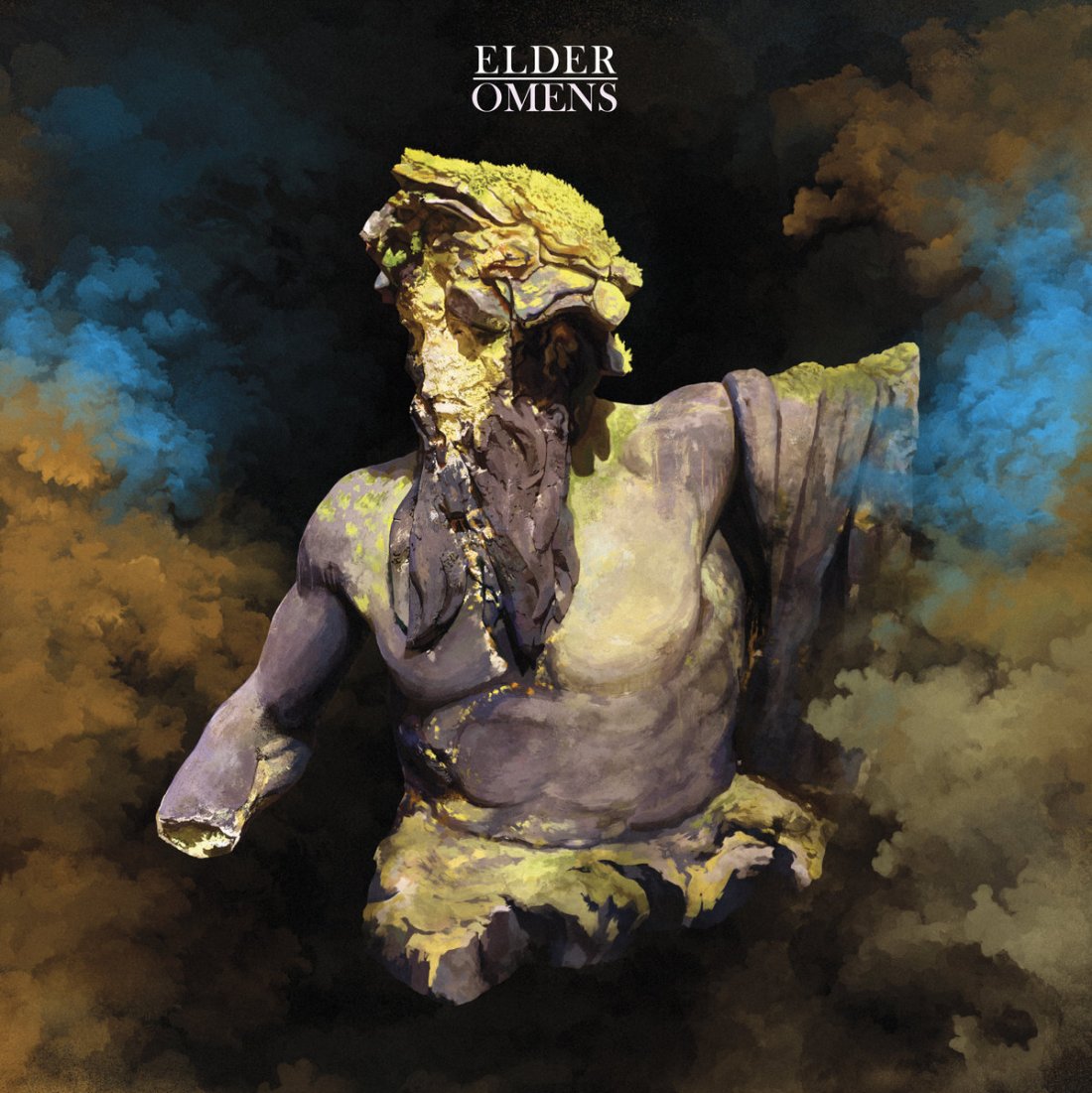 Over the last few years, Elder have established themselves as one of the most interesting acts in progressive rock. Their albums Lore and Reflections of a Floating World deftly blended prog and psychedelia with a stoner metal backbone, and their 2019 EP The Gold & Silver Sessions saw heavy incorporation of krautrock and jam band influences.

The recording of Omens, Elder’s fifth full-length release, marked several major changes for the band. The most obvious of which was that the band underwent their first-ever lineup change to introduce a new drummer and guitarist/keyboardist. The band also relocated from Boston to Berlin, and the press for this record leading up to its release emphasized this state of change. Sonically, the most obvious change over previous releases is the widespread incorporation of synthesizers. Overall, though, Omens doesn’t stray that far from Elder’s typical sound; all in all, they’ve just added a few baubles.

In usual Elder fashion, Omens is five songs long, all between 9 and 13 minutes long. “Omens” is the first track, and the inclusion of electric piano, organ, and synthesizer immediately tries to establish that this is different Elder. But the guitars belie that relatively little has changed. The huge chords and dramatic vocals. Maybe my expectations for change were just too much, but I came away slightly disappointed. In absolute terms, it’s a strong track, but it’s just the safest move Elder could have made. This piece is like something off Reflections of a Floating World with marginally more prominent keys. “In Procession”, the second song, is similar in this regard.

The third song, “Halcyon”, finally does something different. It opens on a much gentler note than the first two tracks, and the band take their time in building up to their eventual bombast. Over the course of almost five minutes, synth drones, airy guitar arpeggios, and simple, steadfast percussion bleed together in a swirling mélange. This drawn-out introduction to Elder’s metallic side is greatly satisfying. Mellotron is used to great effect in the song’s final minutes, creating a foreboding, tense atmosphere.

“Embers” is by-the-book Elder for its first six minutes  or so, but there’s a great synthesizer solo that leads into a quieter section led by electric piano with some mild jazz flavors. Hints of post-rock crop up as well over the span of this song’s second half, and those influences are deployed in smart, effective ways.

“One Light Retreating” opens in typical Elder fashion, but it’s the most adventurous song on Omens. Around the five-minute mark, synthesizer squeaks through over a martial drumbeat, and following a brief guitar solo, Mellotron leads the way into this song’s drawn out, quiet conclusion. Watery electric piano glimmers over gentle percussion, and a simple, fuzzy bassline adds some nice grit for contrast.

I think the marketing for this album may have overhyped just how fundamentally Elder had actually changed, leading to a misalignment of expectations (from me, at least). Omens feels a lot like Reflections of a Floating World, Part 2. If you liked that record, you’ll probably like this one, too. However, I found it so similar to RoaFW that it detracted from the experience. Yes, Elder have their own distinct sound, but I heard so little evolution that I came away a little disappointed. I still enjoyed Omens overall, and I could plausibly see my opinion of this record either rising or falling as I listen to it more. But after a few listens over a few days, I’m putting it in the pretty-decent-but-not-essential camp.