Grorr are clearly trying to conjure up vaguely “Eastern” aesthetics on this album. The band’s logo evokes Chinese seals, and the album art draws from Chinese and Japanese styles. This continues in the music, though the influences are muddled and slapdash. The opening track is mostly scene-setting, but it give the listener musical whiplash by swirling together the entire continent of Asia. It’s got throat singing (from Mongolia and southern Siberia), sitars and tablas (from the Indian subcontinent), and the melodies are stereotypically “Chinese.” (Instruments which sound like guzhengs and erhus can be heard later on the album.) Moving beyond this mish-mash, Ddulden’s Last Flight is an alright album. The metal is melodic, and there are some inventive riffs. I’m especially impressed with the textures and timbres deployed here. After a while, though, the Oriental instrumentation becomes distracting. I absolutely hated the sitar by album’s end. And that’s unfortunate because Grorr demonstrated that they’ve got a creative vision and that they’re capable of composing some strong cuts. Ultimately, this record’s overbearing and half-baked Asiatic flare is what does it in. I really wish they would have toned it down a bit, or at least shown a bit more geographic restraint.

When I saw JPL is the leader of the band Nemo, I didn’t get my hopes up. Nemo is an alright act, but I classify them in the same group Spock’s Beard and other schlocky, overblown retro-prog acts. Thankfully, this album wound up being a pleasant surprise. Sapiens is a bit more metallic than Nemo’s usual fare, and while there’s plenty of pomp and show-off-y instrumental moments, it mostly avoids needless indulgence. Jazzy touches are present throughout, and the overall bloat is minimal.

END_OF_DOCUMENT_TOKEN_TO_BE_REPLACED

Back in the early days of progressive rock, Italy was second only to the UK in the scope and vibrancy of their prog scene. The Italians infused Anglo-originating prog with native folk and classical influences, they sang in their native language, and their use of uncommon scales and modes made them stand out. Not many of these bands found success beyond Italy’s borders, though, perhaps due to just how intensely Italian the music was.

Homunculus Res, then, have somewhat subverted prog tropes. Andiamo in giro di notte e ci consumiamo nel fuoco (We Go around at Night and Consume Ourselves in the Fire) is Homunculus Res’s fourth full-length release. This Sicilian quintet plays a variety of progressive rock strongly inspired by the Canterbury scene. The sound of the Canterbury scene was intensely English, and that’s why it was so surprising to find an Italian act in that vein.

END_OF_DOCUMENT_TOKEN_TO_BE_REPLACED 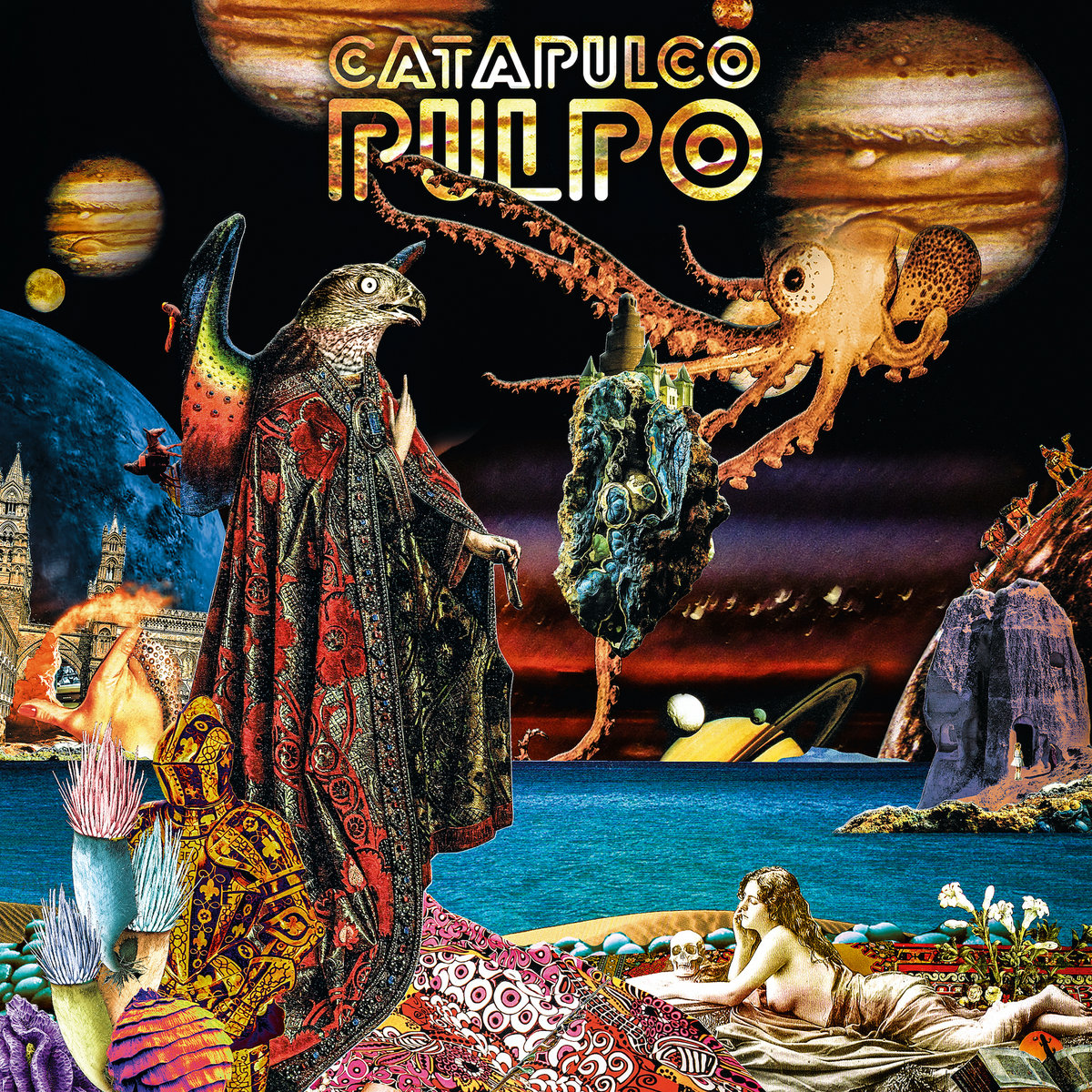 Pulpo, the second album from German band Catapulco, opens with the 17-minute suite “Sina”. On both this song and the rest of the album, Catapulco clearly draw inspiration from early ‘70s hard rock acts, and the vocalist’s delivery has an almost Southern twang to it. Much of Pulpo sounds like Molly Hatchet trying to do prog rock. There are some neat ideas on this record, and overall I enjoyed it, but at points it is derivative enough to be distracting. The lyrics also are distractingly trite, but as these guys are non-native Anglophones, I’m more than happy to cut them some slack.

I avoided this record for the better part of a month because I confused this band’s name with that of Astronoid, a group I emphatically dislike. Once I realized this mix-up, I gave this a listen, and I was glad I did. The music is pummeling, sludgy, melodic, and exciting. I’m especially impressed with the vocal performance here. My one complaint is that this record feels a tad long. Even if they would have chopped off one song or maybe shaved 30 seconds off every song, I would have enjoyed this release more. 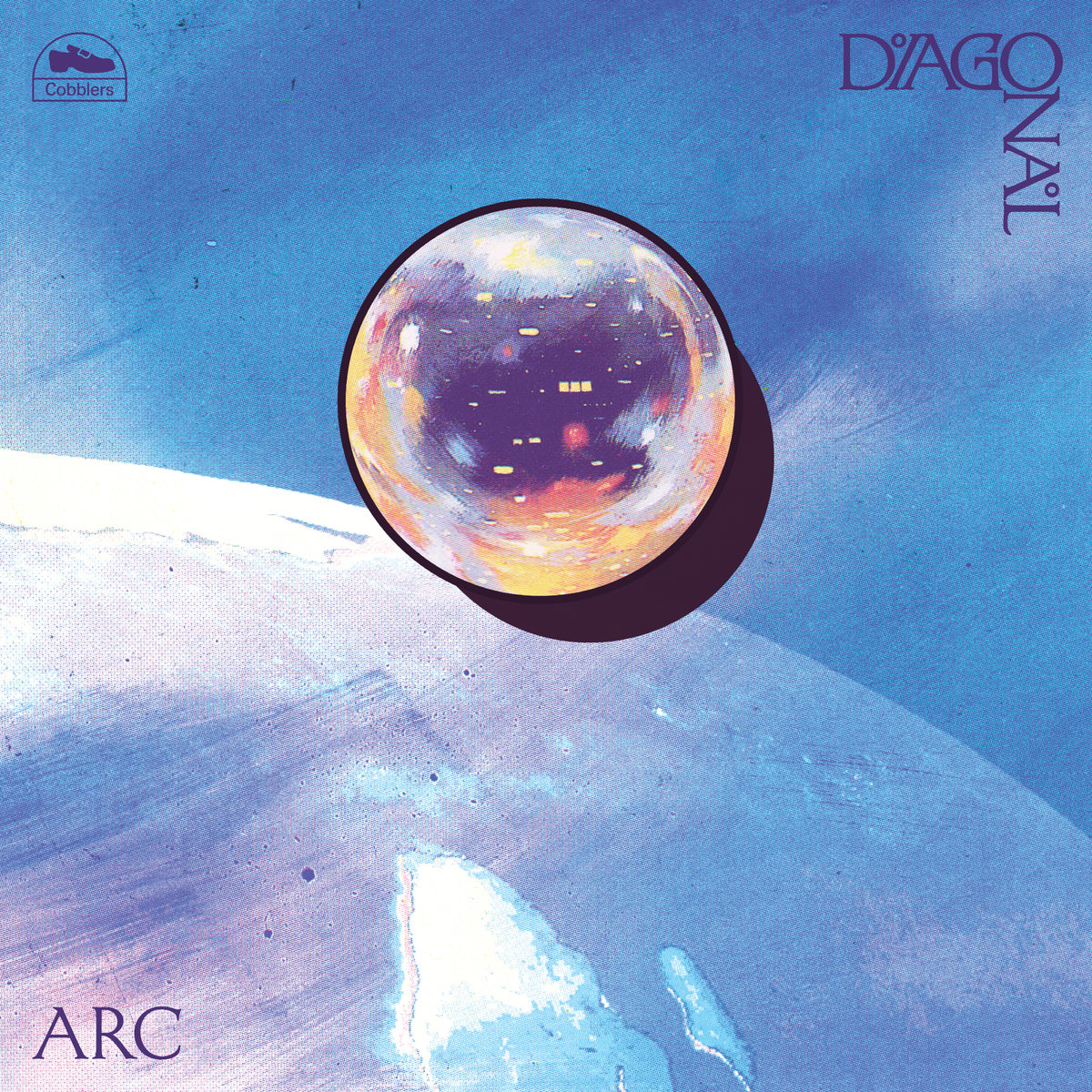 Diagonal’s 2008 self-titled debut is one of the strongest progressive rock records of the ‘00s. And the ‘00s were the best decade for progressive rock since the ‘70s, so that’s saying something. It was an enthralling blend of folk, prog, jazz, and Canterbury sounds presented with a fresh and modern energy. Their 2012 follow-up saw the band going almost fully instrumental after a personnel shake-up, much to their detriment. Alex Crispin’s vocals were one of my favorite elements of their debut, being far more soulful than most other vocalists in the genre.

I wasn’t even aware Diagonal were still together—it had been seven years since their last album. So, it was a pleasant surprise when I learned about their forthcoming third album, Arc. I was even happier when I listened to the first pre-release song and found they’d decided to reintroduce vocals to their music. The jazz influences on Arc loom large, in both the rhythms and the textures. The drumming is deft and often light, while organ and electric piano tend to be the lead instruments. END_OF_DOCUMENT_TOKEN_TO_BE_REPLACED