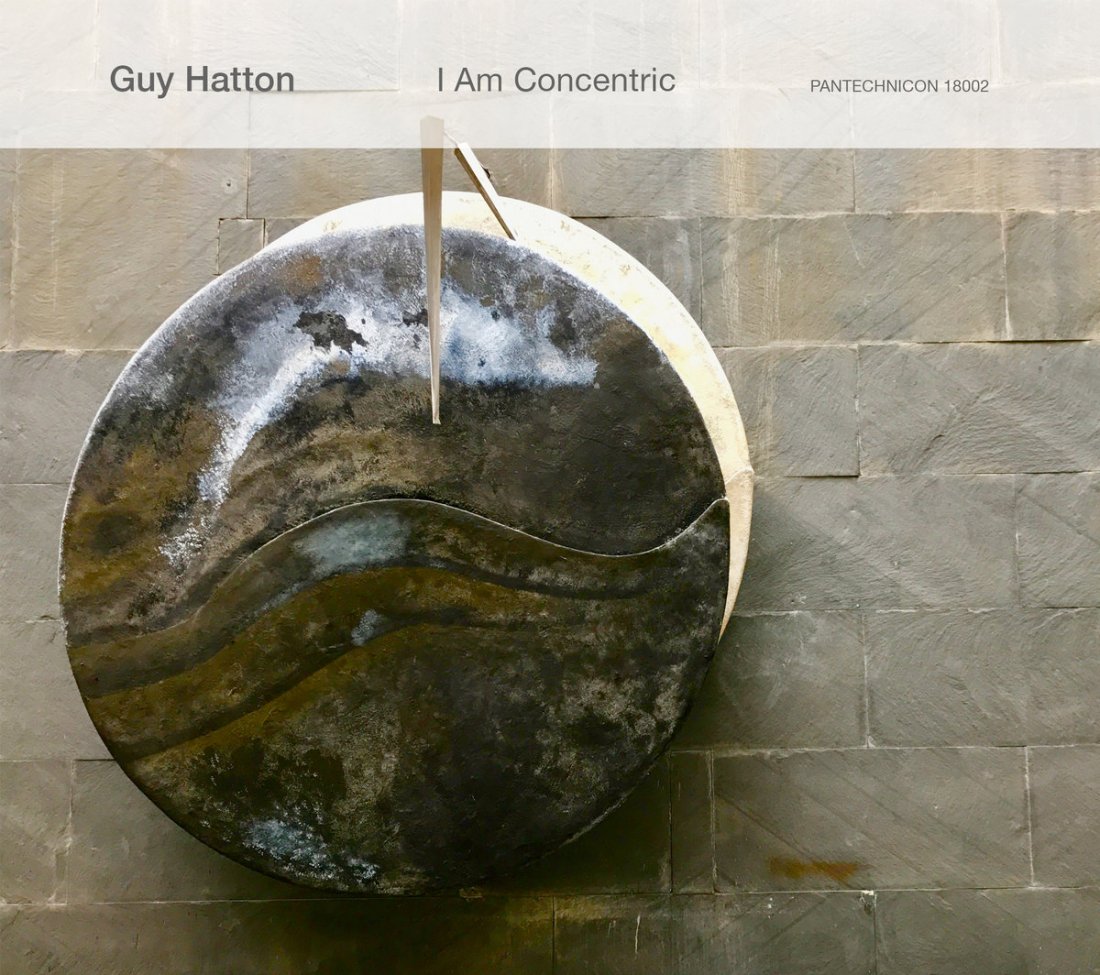 Here, Hatton plays guitars, bass, and keys and programs all the drums. A pair of guests are also brought on for this album to play saxophone and additional keys. The album title is taken from a quote by Salvador Dalí, “It’s true I am eccentric, but in the same time, I am concentric!”, which features in both the opening and closing tracks. It’s a fitting quote to inspire this album—the music is weird, wonky, and off-kilter. At the same time, it’s carefully constructed and complexly layered, with guitars and synths piling up to make an intricate mesh.

The album opens with its title track, greeting the listener with an ever-growing wall of synthesizers and synthesized strings and reeds, swirling and building until the Dalí quote comes in. Electric piano briefly takes the lead before the song launches into an energetic saxophone solo. The bass is springy and bouncy, having qualities reminiscent of funk music. All the while, synthesizers drone in the background, giving an occasional textural honk. Guitar and keys briefly take the lead after the sax, painting with emotive tones. The song’s last third leans heavily into Latin jazz influences. It’s a strange moment of clear bossa nova flavoring, but with the weirdness of progressive rock experimentalism, resulting in a disorienting but fun experience.

“Hollow Road” opens with a synth drone and echoing guitar arpeggio. More synths twinkle in the background, and a few cymbals clatter gently before the drums kick in. Once the methodical but surprisingly groovy rhythm gets going, it evokes a mood not too dissimilar to trip-hop. A gentle guitar melody floats over the rhythm. This mood continues for the full duration of the song, but it never grows tired. Distorted synthesizer squeals add occasional texture, and various instruments drop out and rejoin to keep it varied. Moments here border on ambient music.

The rather mellow “Hollow Road” gives way suddenly to the aggressive synthesizer stings and distorted guitar of “Nitrogen Neck”. As the first solo begins, the tone here feels to be at least partly inspired by early-to-mid-1980s hard rock. It’s a bit cheesy, but enjoyably so. This is the most overtly rock-based composition on the album, and perhaps due to the heavy reliance of rock tropes, it does wear somewhat thin by the halfway point. By the time the organ solo begins, things have shifted enough to once more feel engaging. It’s a strange solo, full of weird chords, seemingly struck out in a haphazard way, and it eventually leads to a section of dramatic synthesized strings. Before long, it  launches back into the song’s main theme. The conclusion of “Nitrogen Neck” is a swirl of the same synths and guitar that opened the song.

Following such a high-octane piece, “Flurries” is the gentlest cut on the album. Guitar and bass lines glide over a synth pad and minimal percussion. A sequenced synth arpeggio eventually joins the fray. As the song evolves, it maintains its minimalism. A light piano arpeggio and plinking triangle contrast against strings before giving way to a duet of guitar and electric piano. A gentle guitar solo continues from here. It’s pleasant and airy, but this is also the first place on the album where the music starts to drag in a significant way. The soloing feels aimless at points, and I’m not a huge fan of a lot of these traditional jazzy tones for the keys. A smooth saxophone solo begins around the 9-minute mark, and it does little to break free of the aforementioned tired jazz tropes. The musicianship is fine, and it’s not poorly composed, but it’s a sound that’s not for me. This thankfully doesn’t last long. The last section of the song is moodier and revisits the initial theme with the sequencer.

“Crystal Ball Miranda” is the final track here, and it opens distinctly. The synths, bass, and drums all seem to be fighting each other with slightly different rhythms, but they complement each other beautifully. It keeps the momentum moving forward with a wobbling determination. As the song progresses, the bass takes a more aggressive bent, plucking out a funky line, over which guitar and synthesizer intertwine. Between the bass, the synth tones, and the echoing guitar arpeggios, this song feels downright cosmic. Despite lasting the better part of 20 minutes and dwelling on a small number of musical themes, it stays fresh and energetic.

Extended instrumental works always run the risk of growing tiresome. And I Am Concentric is not a particularly easy listen, but Guy Hatton keeps each piece’s forward momentum rolling. Only rarely does this music wallow, and the ultimate conclusion of the piece is quite satisfying.