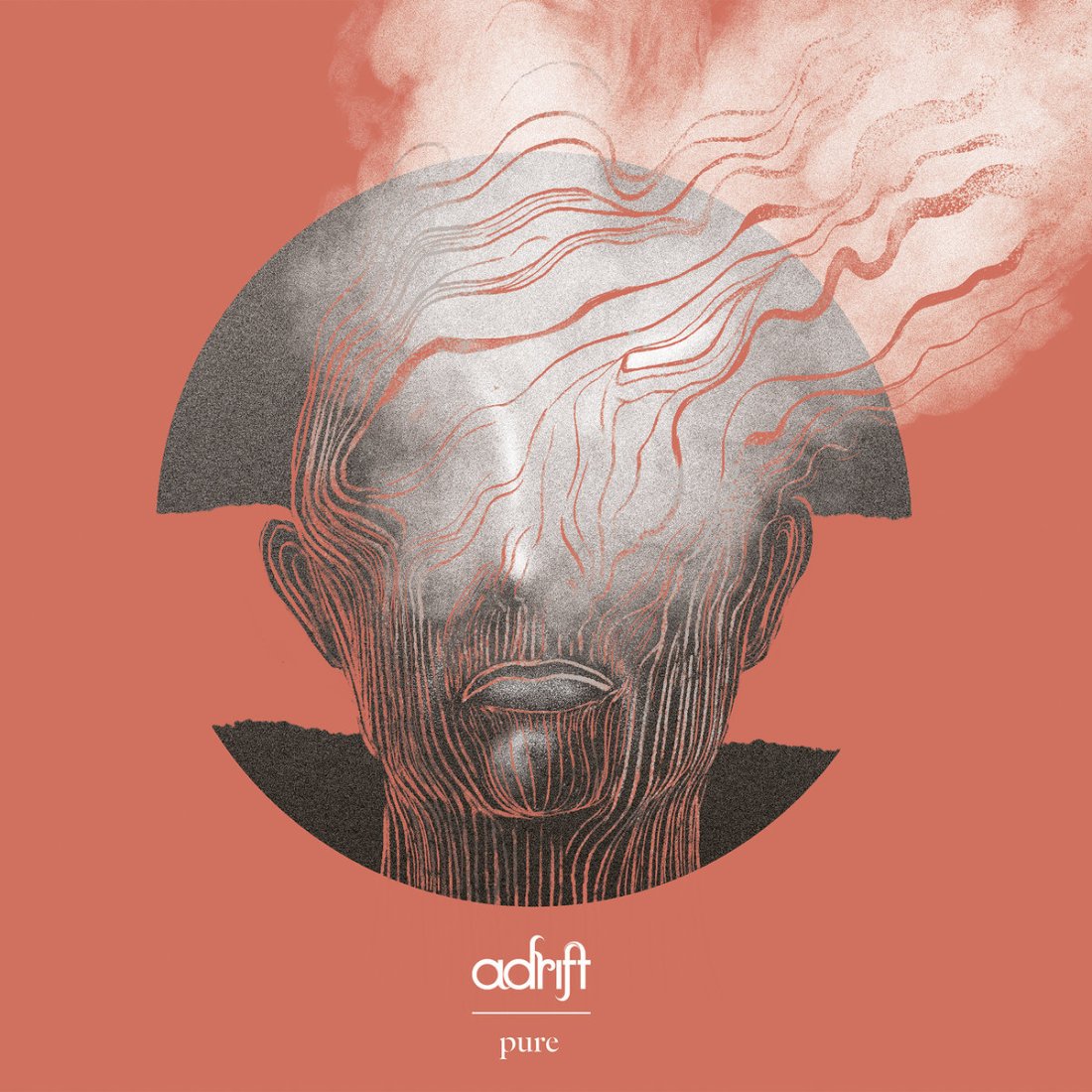 While not entirely synonymous, “post metal” and “atmospheric doom” are used interchangeably to describe quite a few bands. For some acts, one label is an obviously better fit than the other. For Madrid’s Adrift—with their blend of massive, destructive riffs and spacier, meditative moments—I’d apply both without hesitation.

Pure, this quartet’s fourth full-length album (and their first since 2012), is one of the least overtly “proggy” records I’ve written about so far, but that doesn’t take away from its ambition, experimentation, or adventurous spirit. The album is filled with insistent, tumultuous riffs the charge forward in strange rhythms and engaging structures.

Sludge riffage dominates the opening title track, with the occasional technical flourish. The bass in particular stands out: I love the chunky aggressiveness of their bassist’s tone. It allows him to cut through the thick layers of guitar and harsh vocals and make his presence known. The song’s midsection turns down the distortion for a moment before jumping back into more waves of hypnotic riffs.

“Mist”, the second song, leads with a riff that would have been at home on an early Rush album. It’s the shortest and most direct song on the album, but it isn’t exactly straightforward. Between the off-kilter main theme, black metal influences, and extended instrumental sections, this is an impressive composition.

After the nonstop assault of “Mist”, the lightly-distorted opening of “Confluence of Fire” is downright mellow in contrast. In cleaner moments like this one, based around a simple, repeated riff and heavy echo effects, the influence of space rock acts like Hawkwind are evident. The riff stays largely unchanged as the verses begin, but it becomes more metallic, and the drums pound and crash with renewed intensity.

“Embers” features some of the most obvious black metal influences on the album. The guitar line is chaotic, and the vocals are delivered in an especially hoarse shriek. However, the song’s second half features something of a contrast. The music, while still roaring and metallic, feels more focused, and there’s some surprisingly melodic soloing. Following this is “The Call”, which features some Tool-like flavors in its ebb-and-flow dynamics and gradual build.

The closing song, “The Walk of Tired Death” opens with another (relatively) clean passage, but this one has an unusual jangling quality to it. Once Adrift kick off the bombast, the atmosphere has a unique quality. It’s almost triumphant or glorious. It sounds as if the band are aiming to make majestic atmospheric sludge, and they succeed.

Pure is an immensely heavy album, but the band do more than just pummel you with distortion. The songs are smartly composed, with a skillful use of dynamics; the quieter moments make the heavy ones feel that much more powerful.