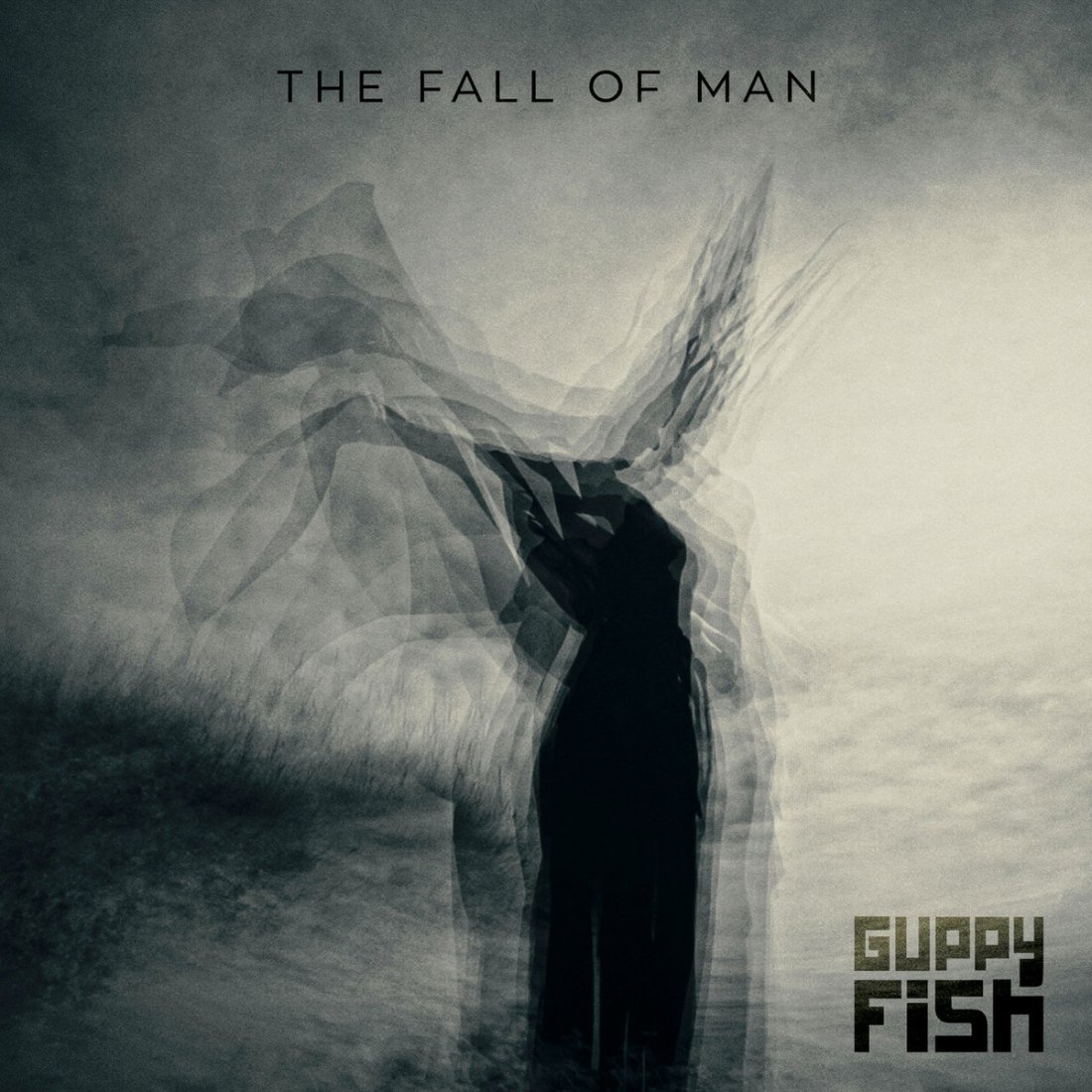 I’ve largely been unimpressed with Opeth’s pivot away from death metal. A lot of their recent output has felt flaccid and derivative in an oversaturated retro-prog scene. However, the full-length debut of Greek act Guppy Fish covers the territory I’d always hoped Mikael Åkerfeldt and his crew would. The Fall of Man isn’t exactly a metal album, though it often flirts with the territory. The music is both grand and gloomy. The shadows cast by the giants of the genre are readily evident, but this album stands on its own.

This album’s title track aptly sets the mood as its opener. An eerie, watery guitar arpeggio bursts forth from its quiet beginning into the looming verses. A jagged, irregular riff is deployed to great effect between verses. Two-layered vocal arrangements are utilized both here and throughout the rest of the album to add a layer of depth.

“Easily Played” feels like an outtake from Fear of a Blank Planet if it were played by Haken. The song’s overall texture and atmosphere are undeniably Wilsonian, but interweaving clean guitar lines and the majestic outro help it feel distinct. “I Don’t Like Your Face” continues with the obvious Porcupine Tree nods. It’s one of the more derivative pieces on The Fall of Man, but it’s also one of my favorites on the record. It’s got an infectious groove to it.

The band tone things down on “Exposed”. This mostly acoustic song pulls heavily from folk and post-rock until its final 90 seconds. It’s a nice contrast to the heavier moments both preceding and following it.

“Still Here” opens with a riff far bluesier than I expected from this band. I’d expect it from a band like Clutch but not one so firmly in Opeth’s vein. By the one-minute mark, though, they’ve incorporated cabaret piano, and it’s not long after that that a herky-jerky guitar riff comes to dominate. The second half of the song is a swirling, organ-powered instrumental.

“Neverending Flow” is another gentle piece, reminiscent of The Flower Kings. This track could have easily veered off into irredeemable cheesiness, but Guppy Fish manage to keep everything grounded. Unfortunately, not every slow song on this album is a winner. “Justify” meanders for its first three-plus minutes, and the eventual climax is not worth the wait.

The two-part, 10-minute “Above the Sky” closes the album and is a mixed bag. Part 1 is a thumping, engaging instrumental, full of jungle rhythms, haunted-carnival organ, and discordant, Voivod-style guitar squeals. Part 2, however, is less interesting. The first four minutes are downright torpid, and while the closing is better, the weight of the preceding slog drags it down.

The Fall of Man is a strong debut effort from Guppy Fish. They successfully channeled progressive metal and heavy progressive rock influences into something both accessible and rewarding.