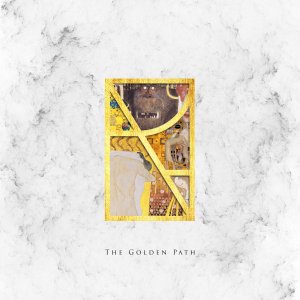 Do not confuse this Italian Frogg with the identically-named NYC-based death metal band I covered earlier this year. This Frogg, though also ultimately death metal-based, is more melodic, with frequent clean passages. Post-metal-style walls of noise are a common occurrence. The nearly half-hour “Hostile Forces” suite is an impressive composition brimming with tonal contrasts and diverse sound palettes. The closing epic “Melting Souls” is a bit too clean and melodic for my taste, and the finale feels overwrought, but the preceding pieces manage to elevate this record.

Avant-garde metal stalwarts Krallice have released their ninth full-length album. Mass Cathexis is a swirling storm of harsh guitars and chaotic drumming which often becomes blurry and impressionistic, channeling post-rock and post-metal. These ambient metal tendencies are counterbalanced with plenty of gritty, grinding black and death metal passages. While enjoyable overall, some of the quieter, more atmospheric moments lack momentum or a clear purpose, leaving them aimlessly adrift for a few minutes at a time.

Obskyr are a Swedish instrumental act who lie about midway between Änglagård and Magma. While rooted in more traditional progressive rock, there’s a dark, experimental edge running through these seven songs that would fit in well in the zeuhl scene. Jazz and folk tinges crop up frequently, and the guitar playing is often idiosyncratic. “Anti Shadows” even draws from surf rock for a fun, spooky experience.

Most of this EP is taken up by the nearly-11-minute “Blue Fog”. It begins as a folky, jazzy number replete with violin and vibraphone. As it progresses, though, it gradually grows darker. Buzzing electric guitars gnaw away at the edges, and soon the remainder of that initial folk sound has fallen away. Discordant violin skips over top of an irregular, distorted riff. A bit past the midpoint, it dissolves into a drone experiment, full of lush synth tones and odd sonic textures, though it closes on a reprise of its opening theme. There are two short songs as well. “Spaghettification” veers too much into the realm of avant-garde for me, and it feels scattershot and unfocused. “On the Floor”, meanwhile, has madcap, Koenjihyakkei-style vocals, an energetic pulse, and a fantastic sax solo.