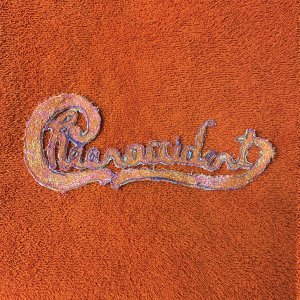 One moment this album is brimming with squirmy, atonal synthesizers with eerie vocal arrangements, and the next it’s mellow, artful pop rock. Despite hailing from Chicago, there’s a very British sense of weirdness to Cheer-Accident’s work, most comparable to the inimitable Cardiacs. Strains of post-punk and folk merge seamlessly with progressive and pop rock to create something truly distinctive.

I like Magma a lot. They’re one of my favorite bands, and I’m positive I’ll eventually do a Deep Dive entry on them. However, their shadow is nearly inescapable in the world of zeuhl (outside Japan, at least). Dai Kaht are a Finnish act who draw a huge amount of influence from Magma. Their sound is more guitar-centric than Magma ever were. On a technical level, the musicianship and compositions are complex. For all its oddness, it’s surprisingly catchy, and it is somewhat unusual for a zeuhl act to have guitar as its main instrument. But in the end, this release mostly sounds like an updated version of Attahk. If you like zeuhl, give it a listen, but don’t expect anything groundbreaking.

Hexvessel mix Finnish folk motifs with psychedelic sounds. Minor-key riffs give this album a creepy, foreboding atmosphere. The album-opening “Billion Year Old Being” encapsulates all of the band’s best qualities, contrasting sharp electric guitar and organ against pastoral violin. Most of the rest of Kindred, though, strikes a mellower (though still ominous) tone at a slower pace. By the time I reached the end of the album, it had begun to drag hard.

I absolutely adored the mix of heavy prog with grunge influences on Orotoro’s 2019 debut album. They continue that sound here, and it feels as fresh as ever. The two songs on 2 are packed with muscular riffs and powerful vocals, and the compositions tastefully tread the line between rock and metal. The occasional psychedelic flourish is deployed smartly, elevating the songs.

Pinkish Black’s Concept Unification was one of my favorite albums of last year, and on this album they’ve teamed up with experimental jazz act Yells at Eels. The five songs on this record take two main forms. “Meditation”, the title track, and “The Sorrow of Guernica” draw heavily from done and mix in quiet, jazzy textures like marimba, trumpet, and light percussion. “Slow Cascade of Tears” and “Heatstroke Mirage” draw more explicitly from progressive rock and zeuhl: eerie cosmic synthesizers blend seamlessly with jazzy bass and wind instruments to make something which augments both acts’ strengths.

The Swell Fellas are one of the many, many, many bands currently active that play a proggy variety of stoner metal. This EP is more a prog record with stoner influence than vice-versa, and I do enjoy it. Many of the riffs are inventive, and much of the EP has a really great spacy atmosphere. However, there’s a glut of this sort of music currently in the progosphere, and this trio don’t do much to differentiate themselves. There’s promise for future releases if they continue to hone their sound, but this release doesn’t particularly stand out.