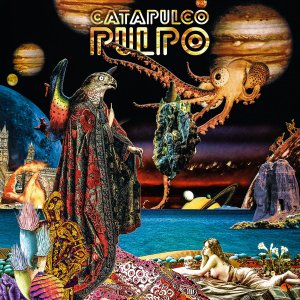 Pulpo, the second album from German band Catapulco, opens with the 17-minute suite “Sina”. On both this song and the rest of the album, Catapulco clearly draw inspiration from early ‘70s hard rock acts, and the vocalist’s delivery has an almost Southern twang to it. Much of Pulpo sounds like Molly Hatchet trying to do prog rock. There are some neat ideas on this record, and overall I enjoyed it, but at points it is derivative enough to be distracting. The lyrics also are distractingly trite, but as these guys are non-native Anglophones, I’m more than happy to cut them some slack.

I avoided this record for the better part of a month because I confused this band’s name with that of Astronoid, a group I emphatically dislike. Once I realized this mix-up, I gave this a listen, and I was glad I did. The music is pummeling, sludgy, melodic, and exciting. I’m especially impressed with the vocal performance here. My one complaint is that this record feels a tad long. Even if they would have chopped off one song or maybe shaved 30 seconds off every song, I would have enjoyed this release more.

Danish quartet ORM’s 2019 album Ir was one of my favorite non-prog releases of last year. They blended black metal and death metal into two huge, evil-sounding epics. This EP continues that general trend but infuses the music with a more experimental edge. The 15-minute title track is full of diverse influences of both metallic and non-metallic origin. The song’s closing minutes make excellent use of a jazzy brass arrangement over a spooky guitar arpeggio. “Notes to You” maintains a slower pace and more avant-garde atmosphere throughout most of its 9-minute runtime. 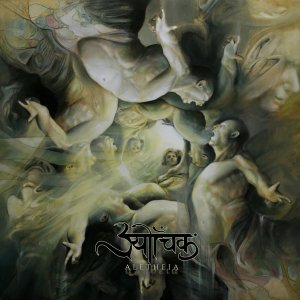 Sutrah’s 2017 debut, Dunes, was one of my favorite albums of that year. Their follow-up, Alethia, surpasses that high bar. The opening “Umwelt” draws heavily from post-metal with its shoegaze-inspired strumming, and it transitions beautifully into the punishing brutality of “Lethe”. “Dwell” features more post-metal atmospherics and acts as a breather before this EP’s centerpiece. The 15-minute closing track “Genèse” opens on the same note as “Dwell”, but that seamlessly transitions into complex, melodic riffing beneath guttural vocals. The band deploy what sounds like a gamelan in the middle of the song, and the last five minutes see the use of multilayered vocal arrangements.

VASA, a Scottish quartet, play a punchy, energetic form of math rock which occasionally veers into the realm of post-rock. The compositions are surprisingly varied, with each song portraying a distinct mood. The back-to-back examples of the title track and “Everything Is Golden” is a prime example of this characteristic, with the former being rather sunny and the latter being full of weird, looming chords. The closing “Settle” is the best song on the album, featuring complex, multi-parted composition and a contrast of tight technicality and broad impressionism.

The Worm Ouroboros are an instrumental Belarusian band who sound like they came straight out of Canterbury in 1971. The music is light and folky for the most part, prominently featuring flute, acoustic guitar, and assorted keyboards. Even within this particular milieu, they’re able to summon the occasional sinister moment, which is especially striking in comparison to the overall lightness of the album. The songs shift and swerve enough that the band manage to avoid the common pitfall of boring repetition that many instrumental acts often fall into.